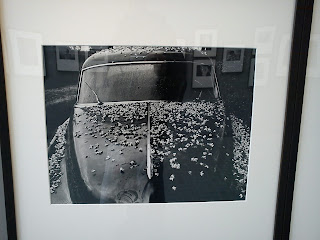 I'm no expert but I have to say this.

Now, however, the question is: where will it lead?

One thing is for sure: this won't lead to WWIII.

There won't be worldwide conflict, smoking ruins, nuclear war etc. etc. because of this.

Not by the Syrian crisis, not by the North Korean crisis.

The zeitgeist is totally against major war. "Major war," as in global thermonuclear war.

An American invasion of Syria might be in the offing -- but -- this is not what I call major war.

I can't take seriously these shouts of, "world war, we're all gonna die"...

You who are shouting this are chaos people with chaos inside, projecting it onto the world.

Instead, shape up, sum up your will and control your every emotion, every thought.

How to do it is outlined in this book.


Pic: a Christer Strömholm photograph, from an exhibition of his major works