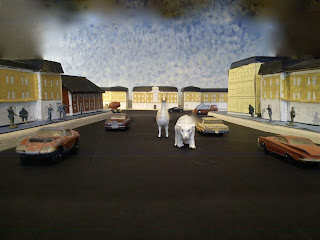 This is a post in Swedish presenting a picture of "Antropolis," my fictitious city.

New Book in the Pipe 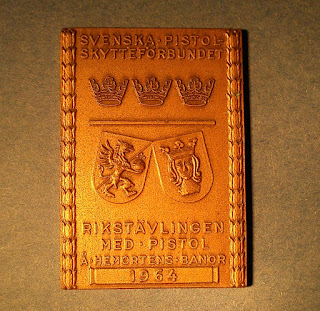 
If everything goes according to plan, the next title by Lennart Svensson will be Actionism -- How to Become a Responsible Man.

The publisher is Manticore Press, Australia.

The new title, Actionism, is a moral statement and a selfhelp guide, teaching you to sum up your will and become a Responsible Man.

Actionism is a perennially footed, esoterically oriented selfhelp guide. It's a vortex of erudition and experience, an ethic for the active and educated man and woman. 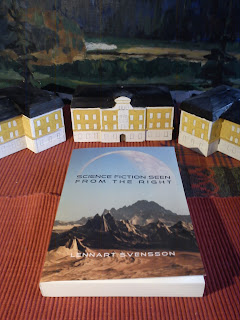 An important thing for a published book is to be reviewed. This is part of the reception of the book. And now the first review of Science Fiction Seen from the Right has been published.


The first review of Science Fiction Seen from the Right has seen light of day. James O’Meara of Counter-Currents has meticulously read my essay, and meticulously pointed out this and that in the case. Read the review here.

You could say that the review is about 51% positive about the book. The later part of the review has some praise for it. With that in mind, there’s also some criticism aired.

As for instance regarding the traditional angle of the book.

O’Meara intimates that the book isn’t really covering traditional strains. For instance, he says that Herbert’s Dune would be “pretty much the only – book/author that fits” the traditional costume.

To this, I, as the author of the book, say: with the method employed by O’Meara, not even Dune would pass the traditionalist test. For in book 2 of the series, Dune Messiah, Herbert reverses everything heroic and grand about book 1, Dune. And God Emperor of Dune (book 4) can be read as a scathing criticism of monarchy, feudalism, religion and all. As I say in my study, Herbert had this “bipolar” strain and it’s all over the Dune series. It has instances of “anti-tradition” throughout, along with the glorious archaism and traditionalism.

The thing of it is, to find 20th century authors showcasing traditional ideals isn’t easy. There virtually aren’t any thoroughbred traditional fiction authors nowadays. Examine them closely and out comes a man that might seem like a flaming liberal in many cases. True, we do have essayists like Evola and Guénon stating what tradition is and is not. However, when looking at 20th century fiction, I find it more fruitful to examine authors who may not “be” textbook traditionalists, but who “represent” traditional strains.

With this in mind, I think it’s justified to speak of for instance Heinlein and traditionalism. For instance, look at him when he (in Space Cadet) has a general saying that an officer must be “a true and noble knight”. And when he in Glory Road has the hero giving a beginner a lecture on how to be heroic. In modern literature it doesn't get any more traditional than that.

Further, it’s justified to speak of traditionalism when looking at Tolkien and C. S. Lewis with their worlds imbued by “the feudal spirit” and faith. It’s justified to examine the authors the way I do because — again — maybe they would fail a traditionalist exam — but, the important thing is what they in critical cases “represent” — and that, to me, is traditionalism. They acknowledge eternal values like duty, honor, courage, faith and justice.

That is why my general outlook still holds, I figure.

True, in some instances I might profit from what O’Meara calls “minuscule Tradition” along with the defining, “majuscule Tradition”. The attitude of fleshing out the study with “ordinary conservatism” along with the cutting edge, archaic Traditionalism. However, this I put up on the “grey area” account. And maybe I should have supplied some disclaimers regarding this in the introduction. You can’t have too many disclaimers these days, I’ve noticed.

However, I do have disclaimers in the book. Like regarding Heinlein. Which I both give pride of place in the book, giving him chapter 1 to shine in plus a major part of the last chapter. To me, he is the “iconic” right-wing SF writer because he gloriously represents the conservative, traditional mindset in SF garb. Then, of course, he also had liberal and libertarian attitudes and this I note. I do “disclaim” Heinlein as a Traditionalist stalwart through and through. Yet, in many a good book he represented conservative attitudes and for this he will, to me, remain the iconic SF rightwinger for ever and ever amen.

Another thing. The book is not a translation, as O’Meara intimates. It was written in English, by me, from start to finish.

The review is critical. Some criticism is delivered...! But — as hinted, there’s some praise too. In all, it’s a fine text doing the book some justice. Do read it, I say.