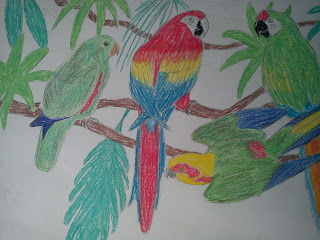 Some good reads lately. Mostly way-out stuff. -- A similar post to this one can be found here.


Frank Herbert: Dune (1965). -- A reread. Damn good. "Every word a preachment, every paragraph a sermon, every chapter an epic"... Along with the Heinlein opus 1939-1959, C. S. Lewis's Narnia and space novels, and Tolkien, this is the core conservative fantastika. As I've said in this book. -- Herbert's novel (part 1 of the saga; even part 3 and 4 are kinda remarkable) astounds you every time, there's wisdom all over it (and drama, psychology, echology...). The style is a bit pedantic but everyone writes like this now, psychological introspection is the mainstay of almost every novel. Herbert does it within an enjoyable framework: a traditional, conservative framework, all with a futuristic twist. More about Herbert's Dune saga in this book.

Emerald Tablets of Thoth (1930 translation). -- Strong and shiny. And not so hard to understand if you've read The Ancient Secret of the Flower of Life by Drunvalo Melchizedek (2000) first. -- Follow Thoth as he grows up on Atlantis and becomes a master of wisdom. Eventually he is taken to the mysterious, interdimensional Halls of Amenti where he meets the Lords of Creation. He even meets Death and after that becomes immortal. Then Atlantis goes under -- but Thoth and friends escape in a vessel and go east to found the Egyptian culture. He builds the sphinx, he builds the pyramids... This and more in an immortal perennial classic. Online version here.

Arthur C. Clarke: A Rendez-Vous with Rama (1973). -- This one came after 2001. And it turned out that Clarke couldn't write another 2001. Of course he couldn't. That one was "one in a lifetime;" in Rama he settled for less. And Rama isn't essential reading. However, it does have its allure... An alien object soars into the solar system and a mission is sent to investigate it, basically, this empty can of enormous proportions. 50 km long. The inside is explored. There's a city in it. Empty. And so the story ends without any special denouement. Disappointing. Yet, in the dry descriptions, and between the lines, there are some hints of alien presence, cosmic eternity and all that. More about Clarke in this book. And in this post, a review in Swedish of the Rama novel.

Ray Bradbury: The Fire-Balloons (1950). -- One of the stories in The Martian Chronicles. This one is about religion. Some narrow-minded Christians go to Mars to preach and missionize. However, in the wilds they encounter aliens in the form of fire balloons. Because these balloon fellows are advanced this is close to a cliché story (man to be lectured by aliens on his bad ways) but Bradbury almost steers clear of the pitfalls. I remember it as a warm story of belief, of faith. More about Bradbury in this book.