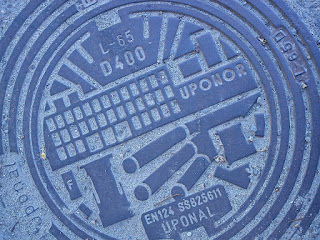 Carlos Castaneda was a man. Now he is no more. He died in 1998. Before he left this world he wrote some 12 books on shamanism, magic, flying like a crow and speaking to lizards, about meeting Mescalito high on psychotropic cacti and a metaphysical view of the world. That view was fascinating as it used concepts mostly alien to western esotericism, so to decode Castaneda's concepts this overview might be of some help.


As intimated, the Castaneda creed is a bit odd. A bit insular, a bit specific. It employs a specific vocabulary, not encountered anywhere else. But in essence, the ontological truth Castaneda divulges is the same as that of The Perennial Tradition. And below, in this Castaneda Wordlist, I try to be intelligible for the reader steeped in Perennialism, in the Esoteric Tradition of the Old World.

Assemblage point -- encasing our physical body is an aura and on that aura (Castaneda says) there's a certain assemblage point, assembling our perceptions. The place of this point decides what we see and how we see it, in other words how the world appears to us. If the assemblage point is moved then we see "something else" and Castaneda experiences this many times with his guru don Juan.

Breaking routines -- in order to release energy you can break everyday routines. You are forced to look at things differently, thus becoming more spiritually limber and agile.

Controlled folly -- consciously acting the fool, taking things seriously only "as if" they were important. For example, to go after things in everyday life such as status and material success but only using the experience as a means to spiritual fulfillment. This technique of gaining Knowledge (q v) is depicted in "A Separate Reality", book 2 in the series.

Death as an adviser -- we're all going to die and by realizing that (= memento mori) you are being taught the essence of being, i e that your physical existence is limited while your spiritual, post-mortal life is infinite. Book 2 in the series, "A Separate Reality", has a lot on this.

Dreaming, the art of dreaming -- how to steer your dreams by will. For starters, try to get sight of your hands when dreaming. Castaneda himself learns this technique. Three other techniques to help you in dreaming are (q v) breaking routines, power gait/gait of power and not-doing. Book 9, "The Art of Dreaming" specializes on dreaming but the concept is mentioned throughout the series.

Dreaming body -- a special body that emerges when you dream, maybe the same as the astral body you read about in western esoteric literature. This astral body, maybe equal to "the soul", is out flying in impossible worlds while the physical body lies sleeping, protected by the coil of the etheric body.

Earth's boost, the -- the power from the earth. Mother Earth is always there to nurture us, protect us and give us energy, "imperceptible jolts of invigourating energy" (book 8, "The Power of Silence"). Earth is a sentient being endowed with an aura. (Book 7, "The Fire From Within", p 222). See also book 8, p 100: the earth is spiritually alive, its mind kan affect the mind of a person. Like Plotinos said: "The earth hears our prayers; she has no organs but she's got senses."

Erasing personal history -- toning down the role of the ego by eradicating your existential footprints and becoming someone else -- yourself.

Gazing -- to fixedly look at some natural phenomenae like clouds, smoke or running water. Thereby you saturate your first attention giving room for your second attention, and thus for a trip out into the Wild Blue Yonder.

Having to believe -- well, you have to believe...! Like someone said: "Stick to your illusions. There might come a day when they're all that you have left."

Impeccability -- being beyond reproach, sinless. A kind of quietist moral with lodestars like modesty, thoughtfulness, simplicity, lack of pride and self-reflectiveness. Instead of endlessly going over personal problems you rise yourself to the level of impeccability.

Inner silence -- with inner silence you reach silent knowledge. See "The Power of Silence", book 8 in the series. It's a way of finding calm, silencing your inner monologue. Thereby you activate the higher levels of your mind (q v nagual, second attention).

Intent -- "the Spirit", Tao, God, divine energy. Naming God "the Spirit" is fairly common among North American Indians. Castaneda's "intent" is not primarily a being, it's a force you can learn how to use, divine energy as mentioned.

Knowledge -- don Juan's way is called "acquiring Knowledge", "becoming a man of Knowledge". The means for this are (q v) stalking, awareness, intent and dreaming.

Left side awareness -- the other world, the unknown, the separate reality. See also second attention and nagual.

Losing the human form -- when your tonal and nagual minds are united you reach the totality of oneself.

Losing self-importance - to realize your limitations, toning down your sense of importance. You have to be able to take a joke, withstand ridicule, all in order to release energy to reach Knowledge. Cf what's said in book 5, "The Second Ring of Power", chapter 8: you have to break the mirror of self-reflection. "I used to live in a room full of mirrors / all I could see was me" like Hendrix said.

Nagual -- (pronounced nah-wal), the unknown, das Unbedingte, the virgin lands of the metaphysical realm. It reminds you of Tao: "the Tao that can be named is not the True Tao" (Lao Tse). To nagual you can be led by psychotropic drugs (mushrooms, peyote, Jimson Weed, q v book 1, "The Teachings of Don Juan") but this is a somewhat primitive technique, don Juan says. It's better to go the spiritual way, using strategies like (q v) erasing personal history, losing self-importance, assuming responsibility and death as an adviser. -- Nagual (capital N) is also the title of the head magician in the circles that Castaneda depicts: "the Nagual don Juan" and, from the fifth book on, "the Nagual Carlos Castaneda".

Places of power -- places of energy. Certain spots in the landscape bring you energy, energetic zones helping you to focus and meditate. In all times churches and temples have been built on such places; Christianity raised its temples on heathen temple grounds, not only to stamp out the old religion but to gain access to these energetic sweet spots.

Power -- energy, probably equal to God and divine energy (q v "intent"). The book "Tales of Power" might then be considered as "Tales of God"...! Don Juan says: "Power provides according to our impeccability." In other words, if we purge our minds of greed and fear then we can more easliy approach God. -- Don Juan also says that this and that is "a sign form Power", "Power pointed it out" etc. Good portents are seen as given by Power. A Christian, a Hindu, a Jew or a Muslim might for their part say that this is a work of God, a sign of God etc.

Power gait -- an occult technique whereby your way of walking might take you to other worlds. How...? Beats me. But Castaneda's world is full of mysteries and shamanic doings. I don't reject their plausibility, I'm just saying that I'm no magician, just an adept and a scholar.

Recapitulation -- to scrutinize your past life in the uttermost detail, noting all mistakes done, admitting the faults and thereby releasing energy for new ventures, new vistas. It's the same as penitence, confessing your sins and repenting but Castaneda never expresses his system in such Christan terms -- almost never.

Stalking, the art of stalking -- to mysteriously reach (q v) Knowledge by sneaking around in metaphysical hunting grounds.

Stopping the world -- to realize à la zen that "it's the mind that moves, not the world". Having reached total inner calm then you've "stopped the world". Book 3 ("Journey to Ixtlan") is about don Juan's concept of "stopping the world" which is done by venturing out on a vision quest, a traditional one-man journey into the wild when you shall meditate, fast and wait for the ensuing visions. Castaneda duly obeys and goes out into the wild, eventually striking up a conversation with a coyote. This is ably parodied in a certain "Simpson's" episode with Johnny Cash doing the coyote's lines, but the truth is fascinating also: the original scene in "Journey to Ixtlan". In Swedish I've blogged about it here.