When I Sold a MS to Christina Lindberg 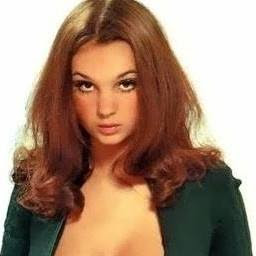 Hereby the story of when I sold a manuscript to Christina Lindberg, Swedish model, actress and aviation magazine editor. In its Swedish version this post has been rather popular so now I must tell the English speaking world about it, I figure.


This took place in 1997. Always keen on writing, always eager to get published, I had by then gotten the idea to write stuff for magazines. Freelance stuff. Unsolicited material.

Already then I was into WWII. And, reading a Swedish avitaion magazine I saw that they published stuff about the air war of WWII. It was about the European theater -- and I, I had some info about the Pacific War.
Specifically, it was about the Kamikaze phenomenon. The Divine Wind, the attempt to halt the US advance in the Pacific by diving and chrashing Mitsubishi Zeroes into US Navy craft, trying to sink them.

This Japanese strategy was a systematic attempt. No crazy, off-the-cuff idea. That was my angle and I wrote 10,000 words about it. And sent it to that magazine, which was called Mach.

They rejected it. And soon after folded. But -- there was another Swedish aviation paper around: Flygrevyn. Edited by former actress and model Christina Lindberg.

Lindberg was a tall, fair, brown-eyed beauty with some fame from girlie magazines and movies like Exposed, Sex and Fury and Was Schulmädchen verschweigen. Wikipedia:


In 1972 she [= Lindberg] starred as Madeleine in Bo A. Vibenius's controversial film Thriller – en grym film. Director Quentin Tarantino expressed his admiration for both the film and Lindberg's performance, and Madeleine later served as an inspiration for Daryl Hannah's character in Tarantino's Kill Bill films.

Later Lindberg met Bo Sehlberg, editor of Flygrevyn. And after his death she took over the job.

So, it was to her I sent the Kamikaze article. She later phoned me and said that she accepted it. And asked me to write an invoice for my royalty claims. All told, I earned some money for having written this piece, it was published in Flygrevyn 3/1997, and that was it.

We never met in person, Christina and I. But this story, told in Swedish, seems to be very interesting to my readership. And now you of the English speaking world have it.

Some professional notes. 10,000 words is rather much for a freelance article. 1,000-3,000 is more the norm. But I had a story to tell and Flygrevyn liked it, spreading it out over four pages. See pics below.

So it's the same old story on "how to write, how to get published": have something to say. As Matthew Arnold used to say.


The drawings for the article were done by my brother. 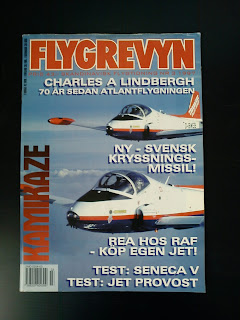 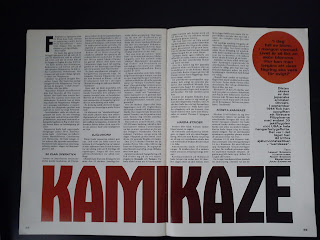 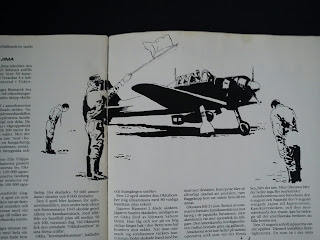