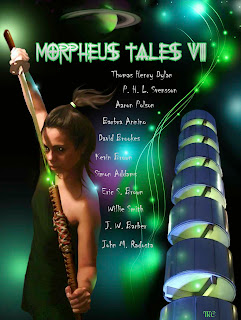 Morpheus Tales is a British magazine, a semi-prozine for science fiction, fantasy and horror. Issue #8 has just arrived. And one of the contributors is "P. H. L. Svensson", that is, me. Per Hugo Lennart are my given names.


I'm a contributor to Morpheus Tales. And since the story in question is rather short, and since the immaterial rights to the work belongs to me, I'm going to publish it here too. So here it is, "The Middle Zone".

I have this vision of a planet in synchronous orbit around a sun, making it turn the same side to it all the time. Right?

Right. And if so, one side must be in daylight all the time, and the other one in darkness, and the zone in between in perpetual twilight – or dawn, depending on how you see it. Right?

Right. And now let’s say that people live on that nameless world, focusing to begin with on the dark side. And here on Darkside we have a town, and in that town we have a guy called Geezer, and this Geezer one day suddenly finds that he has had enough – enough of the darkness, let there be light! I must see the light he says to himself. He has heard of the other side of the world bathing in it, and so he decides to seek that side out.

However there is one small problem: the town in which he lives is ruled by – of course – The Prince Of Darkness, so he has to seek this fellow out in his palace of basalt and obsidian. Not an easy task, to seek liberation from this tyrant – but Geezer sums up all the gumption he’s got, obtains an audience and asks:

”Hey man, o Great Prince, ruler of this Dark Land – can’t I just leave this Valley Of The Shadow Of Death, this Mirkwood, this eternal Night that we dwell in?”

That our dear Geezer asked, to which The Prince replied: ”Why?”

”Well,” said Geezer, ”I’ve heard of a demesne of eternal light on the other side of the planet, and I simply want to go there. I’m fed up with all this darkness.”

”You heard me, go ahead. You have my carte blanche, just you migrate. I can’t stop you.”

The Prince Of Darkness nodded.

”So we’re not enslaved here?”

”Not by me anyhow. And should you perchance be, well, then you are prisoners of your own device, as they sing in ”Hotel California”.

”Yeah,” The Prince said. ”But did you know that Judas Priest has ripped that one off, in ”Hell Bent For Leather”? They’ve just sped it up a little.”

”Correct,” The Prince said. ”At least that’s what it sounds like.”

Geezer thought about this as he left the room, a bit puzzled about the digression but glad to having obtained this green light to leave Darkside. So he took his belongings, left The Dark and started walking towards The Light.

A resolute guy, eh? He just wanted to leave the darkness, and now already he was on his way to brighter prospects. And slowly the surroundings got brighter and brighter still, and in time he reached a milieu where it was neither day nor night: it was The Middle Zone, by some called The Morning Land, by others The Twilight Zone. What you named it was a matter of taste, of your mentality, your frame of mind.

Geezer looked back the way he had come: all dark. And the way ahead was one of increasing light. And it was nothing mystic about that, there are zones like these on all planets in sun-synchronous orbits.

Sauntering through this land he soon came to a house with a front porch. A man in a rocking chair was sitting there, and Geeezer stopped and said:

”But how can you? Isn’t it a bit lugubrious, a bit neither-nor, so to speak?”

”I see your point,” the man said, ”It’s a bit like lukewarm water, neither hot nor cold. But I like it I must say. It’s the golden mean we have here, the happy medium; the best of two worlds!”

Geezer thought about this, ”like lukewarm water”... Now wasn’t that some half-baked paradise, some sordid goal after having lived in darkness all your life! Nay I say, on to new worlds, to clean air and bright sunshine! To the eternal light, lux aeterna!

Geezer bade the man farewell, left The Morning Land and continued his walk to The Light.

Daylight increased, shade gave way to light. Indeed how light everything became; it was so bright Geezer had to wear shades. But he liked it, he enjoyed freely flowing light for the first time in his life. Light from the sun, natural light, not artificial light as on Darkside.

Slightly dazed he walked into The City of Light and stopped a man at the square, The Lord Of Light himself as it proved to be, dressed in silver breeches, brazen hat and a golden tunic. He asked The Lord how it was to live in this splendid demesne.

”I see,” Geezer said and sat down on a bench, the walk having made him tired. ”That sounds swell...”

”It’s more than that, it’s outright fantastic,” The Lord said. ”Here we live for ever in pure bliss, until one day when we simply dissolve and sail off into thin air.”

The Lord left him to his broodings. And Geezer brooded for sure, he mulled and mused and thought about what to do and where to go and what’s the matter with me...

He was at his goal and he was unhappy. He couldn’t feel any joy. He was blinded by the light in this Land Of Bliss. For certain The Lord Of Light had talked about how splendid and lucid everything was here, how spiritual and free, but Geezer for his part could only think about the poet who wrote: ”It’s so light that everything goes black for me”...

And that settled it. Geezer got up and left The City Of Light, retracing his steps – but not all the way back to The Night Land; no, he stopped half-way in The Middle Zone. There he again saw the man on the porch, who after exchanging courtesies said:

”So you’re planning to stay here.”

”Sure you can; just build your own house and settle down. Welcome!”

Geezer thanked the man, looked around and was seduced by the faint but promising lustre over the lands. He had learned some things during his walk, seen darkness and light, and knowingly said to himself that moderation is best, lukewarm water maybe isn’t so bad after all. He built himself a house with windows in each direction; the one with eternal dawn, the other with eternal twilight. You could choose your view according to your particular mood.

Finally he built a porch to his house, and there he used to sit and speculate on whether the solo for ”Hell Bent For Leather” really was lifted from Eagles and ”Hotel California”. In time he also came to know a certain type of angels living in this region, melancholy angels in the spirit of Dürer. Because on Nightside The Prince Of Darkness ruled, on Dayside The Lord Of Light, and here in The Middle Zone The Melancholy Angels, these fellows being a bit ”neither-nor and that-as-well-as-that”. They were beings that made you think of phrases such as ”bitter-sweet”, ”heavy lightness”, ”agree to disagree” and so on. What’s the word for it now? Oxymoron, that’s right, oxymoron, plural oxymora. Clear muddle, happy desolation; such was life in The Middle Zone. 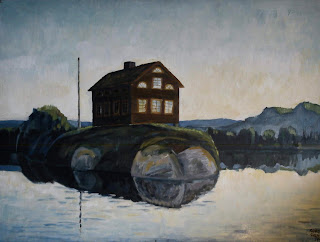 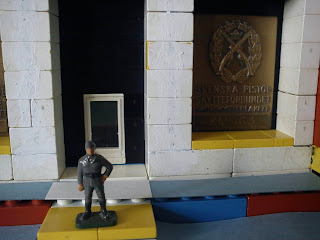 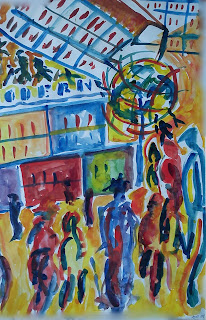 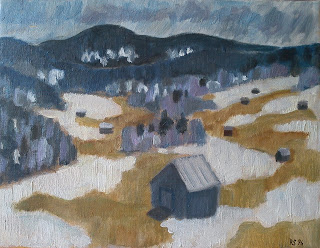 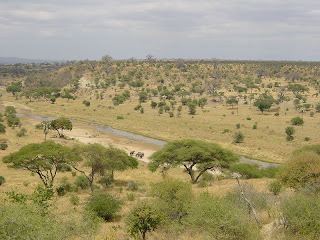 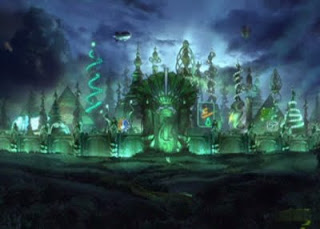 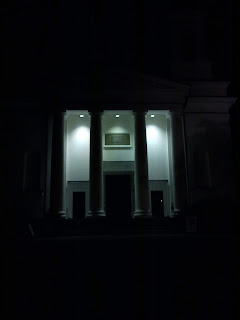