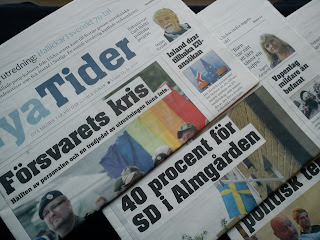 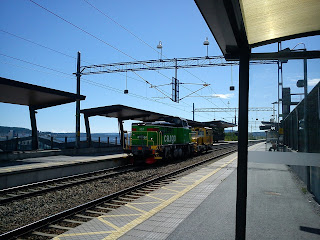 
The other night I dreamed of an attic with two coffins in it. The light was sharp and the lids were open. It was vaguely unsettling as such -- but -- I sometimes like to return to images like these, they calm me down in an odd way. Not that I indulge in weirdness, though. It's about embracing, not indulging.

Trying to capture Leviathan, the Midgard Serpent, something elusive: that's the process of art. Hereby a sample in critcal contemporary style, attempting to describe a certain feeling.


It was a metal harsh reality, a bronze shimmer on a statue, the deep sapphire blue of the sky and a twilight luster over the things. It was a pathos-filled existence, neither “good” nor “evil”. Arno had long since left dualism behind. He wasn’t a saint but he was a man who strove towards liberation from indignation, indulgence and bitterness. Patrol with an SPW and a rifle squad, scout over A to B, getting to grips with the enemy, observe and report... this was Arno’s reality and he affirmed it fully. -- One word summed it up: elegy. And “elegy” for its part isn’t equal to “lament,” not exclusively. It’s a mixed feeling of euphoria, longing, passion and something undefined thereto, possibly the “apateia” of stoics. [a quote from page 58 of this novel]

I'm thinking about making a casserole. It will be based on red lentil purée, Chinese cabbage, onion, celery, broccoli, all fairly chopped / minced. At the end addition of minced (and peeled) tomato. To this some pasta. At the beginning some rapeseed oil and salt, no more seasoning required, it's in the ingredients. It's alchemical.

Hereby a telling excerpt from a Svensson fantasy. Maybe it speaks for itself, maybe not, I dunno. Anyway, here it is:


Later that day, the Ledung camped on Crow Field, a savannah of dry grass and the odd shrubbery. In the distance they clearly saw the Vortex in the sky, the eye of evil sucking the life blood out of Ballisto and the whole Earth Kingdom, the symbol of Magador’s still negative presence. And below the vortex, on the southern tip of Ballisto, fully discernible from the Ledung deployment, the castle of Rohoosanna rose, a dark structure looming as a portent of evil, a dense gathering of towers, vaults, pillars, bridges and domes, a veritable castle-as-a-town, a hard to grip structure of structures. -- Dondelion called for Spacius. When his guru had arrived he asked him: ”Now what?”

As intimated by Jünger you shouldn't say things like, “I wasn’t made for these times.” Instead you should positively change the times, shape the zeitgeist with your Will and Thought. 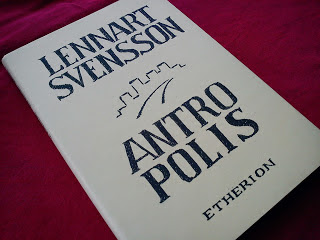 Summary in English: this is info about a Swedish novel I've written. 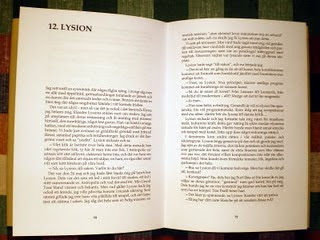 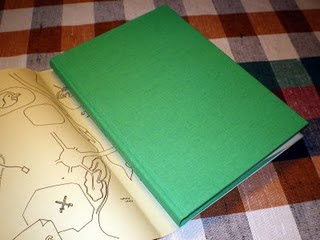 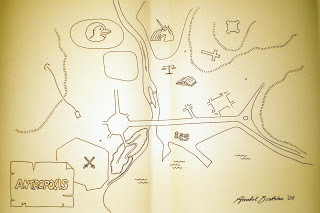 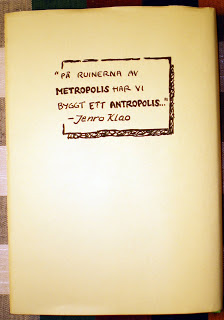 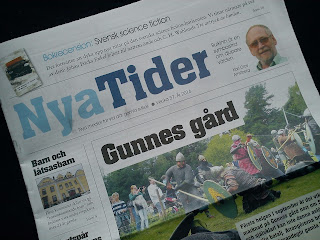 This is about a Swedish weekly. -- Nya Tider är en svensk veckotidning.