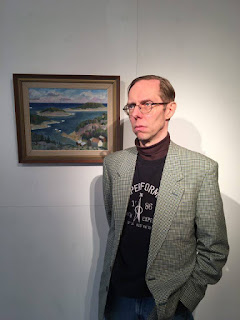 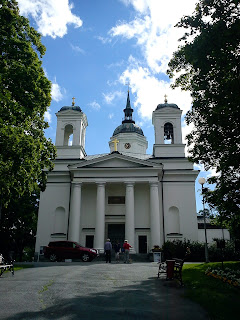 Hereby an outline of history, based on the thought of Rudolf Steiner.

This post takes a look at world history. It portrays the major events of the world from the beginning of recorded history to our times.

My main pattern is borrowed from Rudolf Steiner (1861-1925). I say “main pattern” and by this I mean a specific timeline that he used when discussing the development of man. The purpose of the post is to sketch a framework for tangible developments in political history, as well as for the history of religion, art and technology.

So, for starters we will need a look at the Stienerian pattern. I mainly use it because it gives us some fresh angles, like letting our era (the Faustian) begin in 1413 – and, in sync with that, having the previous era, the Greco-Roman, begin in 747 BC and end in 1413. For instance, this does away with “medieval times” as a focus; in the Steiner pattern the medieval era mainy becomes the afterglow of the Antique.

I base my pattern on Steiner. And he, what did he base it on? Where did he get this strict, succession of 2,160-year eras from? – He got it from the astrological ages according to the precession of the equinoxes.

Steiner has depicted the development of man not only on Earth but in the solar system too. I will skip that in this context, concerned as I am with Earth history only. Also, Steiner sketched the development on mythical continents like Hyperborea, Lemuria and Atlantis, and he spoke about the eras of “Ancient Persian” and “Ancient Indian” (which in common terms were rather “pre-historic”). I will skip those eras too (although I personally, as an esotericist, hold these eras and their meaning as rather valid).

Instead, I will start the overview of the eras employed in this post with what Steiner calls “the third Post-Atlantic era,” namely the Egypto-Chaldean, lasting (like the other eras) an astrological age, 2,160 years – specifically, from 2907 through 747 BC. The heartland of it was Egypt and Mesopotamia = the Middle East. That is, this was the era of dynastic Egypt and Sumeria, Babylonia and Assyria. Man now left the spiritual dreaming of the previous age and started to interest himself in his material surroundings. However, there were still some remains of mystery cults, originating on Atlantis, whose teaching gave man a sense of “Paradise Lost”. In the end, after many centuries, man would integrate that “Atlantean,” intuitive, spiritual state with the rational, sober attitude gained in later eras. Such a union is the goal of our current era: the merging of Atlantean clairvoyance with Faustian sobriety. In other words, it’s about the merging of holistic intuition with a rationalistic command of the material world.

The Egypto-Chaldean era was followed by the Greco-Roman, beginning in 747 BC and ending 1413 CE. The carriers of this culture, Greeks and Romans, hadn’t been part of the civilizations of the previous era; they were strong and talented regarding material culture but somewhat lacking in spiritual talent. However, they too had mysteries and secret masters guiding them, like Hermes instructing Pythagoras and thus starting the whole era.

The Greco-Roman era was one of emerging rationalism and sobriety, giving their image of the divine a highly tangible, and rather beautiful form (q.v. Greek marble statues). However, for the common man this era soon developed into spiritual poverty and materialism, giving rise to a longing for a spiritual resurgence. This even arrived in the form of Jesus Christ, creating a new deal in man’s spiritual development. Spiritual secrets previously kept secret in hermetic societies now became attainable for the man in the street. Ideas of the immortality of the soul and even reincarnation (although the latter soon became suppressed in the West) were shaping the new zeitgeist.

Finally we have our era, the fifth post-Atlantic era, the Faustian, in the pattern used lasting 1413-3573. As intimated this era will be about fusing the intuitive wisdom of old, Atlantic times with the rational, practical, globe-encompassing material culture we call “Western”. Historically Steiner sees the pattern of this conflict, “man vs. nature,” as the main theme of the Western history – that is, as a conflict between the traditional, man-centered wisdom as maintained by the church – while the nature-oriented (and subsequent “materialist”) wisdom is the anti-clerical, “heretical” strain of “Western science”. This, he means, was even the drive between the conflict between Pope and Emperor in medieval times.

Be that as it may. I again stress that the meaning of the current era is this: to fuse Atlantic, ancient, intuitive thinking with the rational, sober thinking of Faustian man. To acknowledge man’s inner (his soul, his spirit) while at the same time being a critical scientist, observing and dominating the outer world. This can be seen as the Steinerian legacy and I, in this post and elsewhere, acknowledge it.

Some spiritual outlook is needed, even in a world history. The current state of the West, with its official wisdom seeing only “the death of the body and the decay of matter,” can’t go on. A spiritual resurgence is needed. I won’t say more about it now, I have already talked about it in Borderline (2015), but I must for the record state that some spiritual, esoteric approaches is needed when making an outline of world history.

Also, it can be said, that Steiner (whose basic pattern I employ) had a kind of positive outlook on the development of man. Conversely, he wasn’t a pessimist. In a very general sense I of course agree with this. Now, another German who summarized history in sweeping gestures was Oswald Spengler and he was more of a pessimist. So, while not subscribing to his “smoking ruins, the West is doomed”-scenario I nonetheless state that some of his outlook is needed. Like, today, no historian talks of “decline”. Spengler, while maybe overindulging in it, nevertheless can be of some intellectual use when giving “decline” conceptual room.

Further, without going into deeper into the ontology of history, I see Marxist-materialist historians merely speaking of “transition” etc. from this mode of production to that (q.v. for instance Perry Anderson, Passages from Antiquity to Feudalism) as insufficient. How flat and insipid, how overly technical. As a mere counter-image to this I prefer the general Spengler attitude of “form, theme, life, gestalt, inner necessity,” of history and its forms as organisms and not just mechanisms.

Spengler, and Steiner, had feeling in their historical approaches and this is what I, too, hold as an undying ideal when looking at the development of man.


The Faustian culture, symbolized by the classical shapes of the Härnösand dome. Photo by LS