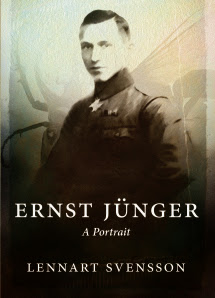 Some Notes on A Book by Clark Ashton Smith 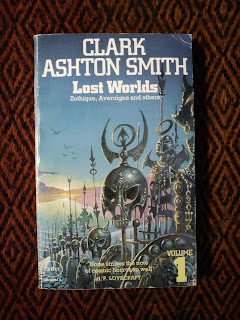 These are words by the poet Clark Ashton Smith (1893-1961). I sit here with his "Out of Space and Time" vol. 2, reading about demons and gargoyles, brownies and fairies, charnel-dungeons and emerald hornettoes. A truly mind-boggling journey through thick and thin:


Rememberest thou? Enormous gongs of stone
were stricken, and the storming trumpeteers
acclaimed my deed to answering tides of spears,
and spoke the names of monsters overthrown -
griffins whose angry gold, and fervid store
of sapphires wrenched from mountain-plunged mines -
carnelians, opals, agates, almandines,
I brought to thee some scarlet eve of yore.

The collection also has prose-poems like "From the Crypts of Memory", about a shadowy existence in a dying land beyond the Beyond. This is fat, rich poesy with words you don't even find in Longman Dictionary. The piece ending the book, "The Shadows", is as rich, with all its "fretted windows", "the undesecrated seal of death" and "a meaningless antic phantasmagoria". I read them again and again these jewels of literature: neither stories nor versified poems, but poems in prose. Being about two pages long they have the right length for a prose poem.

I like the book's more conventional tales too, like "The Last Hieroglyph", "The Monster of the Prophecy", "The Death of Ilalotha" and "The Vaults of Yoh-Vombis". These outings aren't overly deep, not profound in any sense of the word -- but fun in a quiet way, fun in a "oh-how-he-can-adorn-his-language-with-obsolete-words"-way. There's that personality you can't mistake, that jewelry tinge to it all that makes me come back for more. Purple shadows, man.


For trumpets blare in Amithaine
for paladins that once again
ride forth to ghostly, glamorous wars
against the doom-preparing stars.
Dreamer, awake! ... but I remain
to ride with them in Amithaine.


Related
The Operational, Endemic Problems of Today's MSM
My Bibliography
Obama: Is He the Mahdi?
Jordkrönikan, del 1 (in Swedish)


As you can see the depicted book is another one than the one treated in the post. However, I love that bluegreen cover, painted by Bruce Pennington as it is.