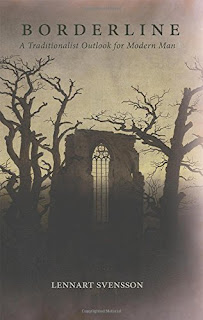 Borderline -- A Traditionalist Outlook for Modern Man is an attempt at unifying Man with God, Action with Being and the East with the West. In its pages are eradicated the dualism of the thinker and the thought, the dreamer and the dreamed, the doer and the deed.

At the beginning of the 21st century Man stands in a transit zone between reductionism and holism, between materialism and idealism, a glorified grey area in which only an old-new esotericism, a revived tradition of spirituality, will show the way ahead. Borderline is the main document in this respect, a clarion call for a resurgent Philosophy of Being in a time of decay.