Review: The Field -- The Quest for the Secret Force of the Universe (2008) 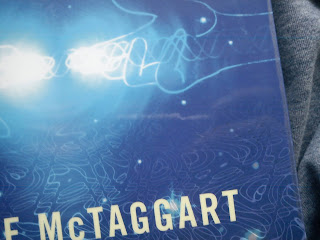 The book is called, The Field – The Quest for the Secret Force of the Universe,written by Lynne McTaggart and originally published in 2001. This reading is based on the revised edition of 2008.

This is Vril territory...! McTaggart doesn’t mention the term proper but she mentions qi.And the affinity of vril etc. with zero point energy we have mentioned above.

The particles created in these brief encounters are called virtual particles,only existing while the energy exchange takes place, the time of uncertainty intimated by the uncertainty principle.

This subatomic dance takes place in the zero point field. It was given the value of zerobecause movement in this field can still be measured at absoule zero temperature, at minus 273 Celsius, a state of energy where no movement should appear. Zero point energy was the energy that was left in the maximum vacuum at the lowest possible temperature, as close to zero you could come in subatomic movement.

The zero point field told the more openminded scientists (like Hal Puthoff) that all the matter in the universe was connected by waves. These waves were like the Chinese concept of qi – an all-pervading energy field. It was like the Biblical “let there be light,” a light from which we then saw the emanation of solid matter, the earth etc.

That is, matter is seemingly stable but its core quality is a flow of particles in the zero point field. Panta rei:all is change, all is flow, and with willwe can take command of this flow. This is about the power of mind over matter; we create our world. McTaggart touches on this too in her book. Like:

. Biophotons,subatomic particles making us alive, have their source in zero point field occurencies. The cell communicates with biophotons; this can explain both the development from a single-cell embryo into an organism (an animal, a man etc.) and the “orchestration of cellular processes”. Biophotonic emissions can explain both morphogenetics and the coordination and communication between cells. And all this of course things that today’s school science can’t explain.

The zero point field is the ultimate storage medium. And even more: it is the way to access the past and the future, as such maybe a synonym to time-space– that is, the metaphysical realm where we can go beyond everyday movement in space and also move in time. A timeless sphere, devoid of separation – the astral world – and this is the zero point field.

The zero point field is what orthodox science calls “the vacuum”. However, this vacuum isn’t empty. As Aldous Huxley said,

And sf author Arthur C. Clarke touches on the same thing in his novel 3001,referring to Puthoff etc. and saying that empty space is a cauldron of boiling energies = the zero point field. Inertia and gravity are electromagnetic phenomena occurring because of interaction with that field. Every force is there; Faraday once tried to link gravity to magnetism but he couldn’t prove it. Now, however, with the theoreis of Puthoff etc., inertia and gravity could be conceptually linked and overcome. This leads to space; we could have an energy free space drive, an anti-gravity engine. We could have craft going at thousands of km/h.

The zero point perspective touches on a lot of metaphysics beyond mere atmospheric electricity, the focus of this book. Briefly it can be said that McTaggart mentions such luminaries as David Bohm and Rupert Sheldrake; however, we won’t go into her discussion of them in this book because we have already covered them in Borderline (2016).

In a more narrow sense, McTaggart’s coda is: communication is subatomic. An invisble field, permeating and supporting all of the universe, stores all kinds of information and ennables all forms of communication.

And again, the zero point perspective ennables a Newtoninan explanation of quantum physics (Puthoff). Thus, from a school-scientificpoint of view, we could get a unified description of the world, using classic physics, and not having to resort to a specialized quantum physical description of supposedly weird phenomena – phenomena like, “things at one time existing and at another not existing” (= the uncertainty principle), or “things spookily affecting each other at a distance” (= action-at-a-distance). Acknowledging the zero point field we might scientifically explain almost anything in the physical universe, both regarding the movement of planets, of earthly objects, and of atoms and subatomic particles.

Vril, the quintessence, omnium etc. is invisble. It is a force, a field, a subatomic occurrence. With McTaggart’s picture, summarized above, we now have scientific explanation to it, a quantum physical background to it, for anyone needing such a background.

In other words, there is a quantum connection between the earth, living beings and the zero point field.

McTaggart’s book has been reviewed here and there. For an inspirational quote I choose the following, the pay-off of a review by an anomous writer. It sees the subject from both a scientific and a traditional viewpoint, saying that the zero point field is like the Biblical manna etc., stating: 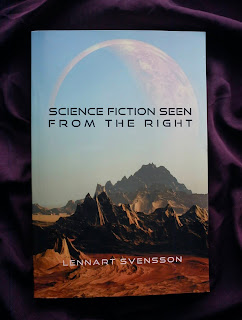