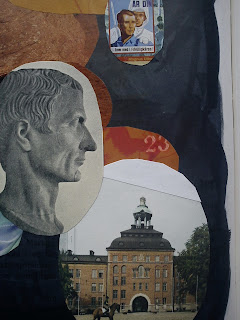 I've re-discovered will, as it were. -- Edit, September 2017: the book intimated in this post is out now.


The world has forgotten the meaning of will. In ancient times it was called Thelema. As in, ”genethêto to thelema sou” = thy will be done = the will of God.

True will is always akin to divine will. To will is to will the good.

This man knew back in the day. Q.v. the Gospel of Philip, verse 64: ”Will doesn’t make them into sinners, but lack of will does”.

Will is will to the good; lack of will is desire, bound for the dark.

In modern times Nietzsche rediscovered will. He was on to something when he glorified Will, when he reduced all of ethics and metaphysics into Will, the Will to Power over Yourself.

Of this, you can read in my forthcoming book: "Actionism -- How to Become a Responsible Man". -- Edit, September 2017: the book in question is out now.