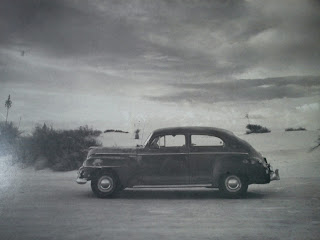 Reverse engineering is all the rage these days. Everybody does it, everybody wants to be part of this movement. So what have I to say on the subject, being something of a reverse engineer myself? -- I can give you this list, with five different ways of executing this modus operandi.

If Corporation A has a machine out on the market and Corporation B wants to cash in on the sales, without infringing on the copyright / exclusive design, what to do? Easy. Based on the performance of the first machine the engineers are given the brief, "construct a machine that can do this and this", and hopefully they come up with some gadget that is as good as the one Corporation A has. Then it's on to production and the big bucks, without having outright stolen the original construction.

Terry Brooks and David Eddings are reverse-engineered Tolkien. They have looked at Tolkien's books, taken the main themes and ingredients and mixed it into a somewhat new breed. However, the traces of copycating are there, although not too clearly. It's because these epigons are smart enough to create something mildly original, but with the overall impact of the original pattern -- Tolkien -- implicit. They are, in other words, skilled in reverse engineering, literary variety.

If you have encountered an alien space ship and you want to create your own design based on it, then you have to reverse engineer that craft. Bob Lazar did that while working in Area 51, or so he claims...

If you want to create a murder mystery, a "whodunnit", then of course you can't just write it from beginning to end and let it develop organically. No, you have to reverse engineer it, starting with the end (the mystery's solution) and then craft a story that leads up to this "exciting finale". Every mystery writer, from A. C. Doyle to Agatha Christie and onwards, do this. There is no mystery to mystery writing, it's just reverse engineering.