The God Concept of Actionism 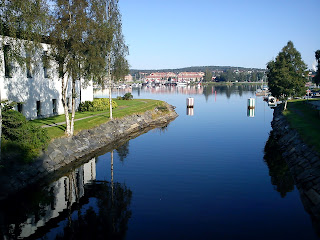 I beleive in God. And my philosophy of life mirrors it.


Discussing God is like discussing gold – meaningless. You’re either moved by it or not. As symbols of “the best, the highest, the essential” they simply are.

However, some Actionist remarks on the subject of God can be delivered. It gets more interesting that way. Below I will venture out into that impossible grey area of trying to conceptualize God.

“The chief purpose of life... is to increase according to our capacity our knowledge of God by all the means we have, and to be moved by it to promise and thanks.”

This was said by J. R. R. Tolkien. And it rather well sums up the feelings of a god believer.

And while Actionism isn’t primarily devotional like the attitude Tolkien intimates, neither does it exclude such sentiment. As shown in Borderline and the 2017 book the god concept of Actionism is in the realm of, “I have the divine light within,” “ye are gods” and such. But – an individual, human god believer, feeling “god inside,” being able to say "aham brahmâsmi = I am god,” of course isn’t above God. God has created him while he hasn’t created God. Thus, a little bit of devotion, like that of Tolkien seen above, is pertinent for an Actionist and for all divinely disposed people.

Tolkien was moved to thanks by God. Contrariwise, the lack of having someone to thank in this way defines the atheist: “The worst moment for the atheist is when he is really thankful and has nobody to thank,” as Dante Gabriel Rossetti said.

This is about God. And to illuminate this complex concept, we may focus on its intimated opposite for a while, atheism, the stance denying the god concept.

So, what can be said about atheism from an Actionist point of view? – I think this quote from an unknown source sums up it up:


When people stop believing in God, they don’t believe in nothing – they believe in anything!

Atheism isn’t just “another world-view” along with theism and agnosticism. I’d say, the only viable atheism is the ontological, “Buddhist” one, even though it discards elements like “an eternal soul”. However, in Buddhism you nonetheless lead a life of awe and wonder, piety and kindness. Not that ordinary atheists can’t be kind – but – it’s their claim of being above essential reality that sets them apart. The delusion that they think they can explain away God, the source of reality, just like that.

You cannot get around the concept of God. I mean, you can be anti-clerical, attack the whole external aspect of religion like church and priesthood and such. Even St. Paul and Luther did that, advocating “the universal priesthood” where every conscious individual becomes his own priest in his personal relation to God. But – you have no ontological right to discard the existence of a supreme force, a supreme source for reality -- for everything.

Being in the grey area of agnosticism is better than being so sure of the non-existence of God.

Do you, as an individual, think you can triumph over creation?

A man is just “another being in reality,” another Seiendes im Sein. He can’t place himself above Sein merely with some casuistry.

Atheism is the scourge of our times.

And I figure, people become atheists because of a lack of intuition, their brains suffering from a kind of “crossed paralysis,” being cut off from the invisible aspect of reality, lacking the ability to sound out their inner depths.

For its part, atheist materialism abounds in later-period, overripe societies. Ancient Rome and India also had the same strain: stoicism, epicureanism, mimansa. But perennial tradition (whereof Actionism is a part) conquers all, conveying as it does a timeless truth.

So, where does this take me? I will end where I began, in quietly praising God. I will declare the divine side of reality, without trying to “explain”.

Shirley MacLaine called the nature of God “Divine God Intelligence Field”. That could remind you of Philip K. Dick’s theophany, leading him to call the divine force invading his life “Vast Active Life Improvement System”. His divine “1974 experience,” in the end beneficial but also harrowing and trying, I have covered in my essay Science Fiction Seen from the Right.

This means: to be a god in physicality, a physical angel. “A man is a mortal god, a god is an immortal man.” – Herakleitos.

Having the divine approach in life is about seeing the invisible, seeing Beyond the Beyond, seeing beyond the conditioned. Fathom the unfathomable.

And faith is both to fall down in amazement before the wonders of the cosmos – and to elevate yourself above the blandness of everyday reality. "When I'm down on my knees that's when I'm closest to Heaven". And “humble pride” as the Prophet said, a fine oxymoron; being aware of your shortcomings as a human being but also feeling pride over what a man nonetheless can accomplish. Again: man as “a god in being”. “God-realization” as man’s most noble goal.

God is more than you can grasp mentally. But you can still be conscious of the immanent presence of God. This means having god-consciousness.

Actionism is unity, holism, integration – not divisiveness, dissection, “critical theory” eating everything up and spitting it out as green goo. Actionism is spiritual gold mining.

This is the world-view of god-given insights, inner voice, divine providence.

This is the world of the individual having a personal relation to God.

This is the world of believing in God: spera in deo.

The world of, “have no fear, just believe.” Of, “if you believe, anything is possible.”


Related
Actionism -- How to Become a Responsible Man (2017)
I Declare You the Spiritual Superman
Universal Acclaim for Actionism
Borderline -- A Traditionalist Outlook for Modern Man (2015)
Science Fiction Seen from the Right (2016)
Ascended Masters -- Some Notes
Upplagd av Svensson kl. 03:54