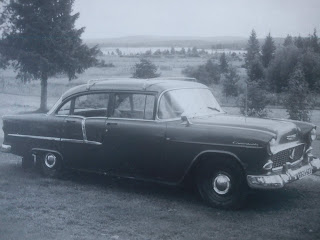 Diverse poems by Stefan George (1868-1933). He was a traditionalist. And, details aside, he was great. For instance, like T. S. Eliot and Ezra Pound he demonstrated that you could write poetry with a traditional feel, and render it in free verse. The style of George is grave, elevated. Every word counts. And he speaks up, doesn't murmur as Eliot often does. -- George is like "the Jünger-style, expressed in poetry". A search for spirituality in a time of materialism, a voice acknowledging German tradition. The poet as seer, as shaman. That's the grandeur of George. -- Btw. his name should be pronounced, not Anglic "Djodsch"; instead, in Teutonic fashion, "Ge-ORR-ge".

Montgomery of Alamein, A History of Warfare (1968). The best history of war from the beginning to our times. Very succinct. And not making any misleading, general history statements, such as J. F. C. Fuller does in his Decisive Battles of the Western World (1953). Monty focuses on war and warfare. "Cobbler, stick to your last!"

Gregory Kern, Monster of Metelaze (1973). Damn good space opera. Very tight, 140 pages. Kern (aka. E. C. Tubb, 1919-2010) was a veteran of science fiction who knew how to spin a yarn. Memorable characters, vivid scenes. Even a chase scene in a subterranean sewage system is exciting. (I read the Swedish version called Monstret från Metelaze. More of the same by Kern and rather fine is Enemy Within the Skull -- Sw. Vansinnesdrogen.)

Poul Anderson, The Broken Sword (1954). A rather credible fantasy in the realm of heathendom, witch-craft, elves and changelings, having a kind of nihilist feel over it all. Doom and gloom, no salvation: there's a certain lack of spiritual elevation, as in all of Anderson's novels. However, the painterly prose of the first circa 30 pages is fine, Anderson credibly writing in an "olden-old" style. Many obsolete words, without it getting cringy. Eventually the plot and the fate of the main characters develop into nothingness. However, as a mere artistic creation this is a fantasy novel above the average.

Sir Thomas Mallory, Le Morte d'Arthur (1485). I have read the 1892-style edition with Aubrey Beardsley's (ugly) illustrations. Text unabridged, and with many medieval peculiarities of vocabulary and syntax retained. Thus, a little hard to read. A prosaic, sometimes dull style, but of course, having a lot of strange and fascinating events too (like the Lady of the Lake etc. etc.). (Parsifal by Eschenbach (in Penguin Classics, with original verse turned into prose) was a little more vivid. The Arthur saga is tragic, Parsifal is spiritual and uplifting, the hero of it being victorious in the end, becoming the new Grail king. Actionism in nuce.)

John Tolkien, Bilbo (1937). The underlying mythic pattern gives the book some strength. As does the realistic background of the calendar, like now and then during the story noting what date and month it is. The book plays during a full year = the unity of time. The mimesis of landscapes and scenes is also great, more detailed than in C. S. Lewis's Narnia. However, the children's book style of Tolkien's narration destroys the illusion at times. And the Bilbo character is essentially anti-heroic, betraying the dwarf master he serves. -- For his part, the dwarf king Torin Oakenshield is a returning king, like Aragorn in Lord of the Rings: echoes of Richard Lionheart, and even more so of Parsifal. "I am the king and I have returned..." there is some strength in such as story, be it medieval legend, be it fantasy novel from the 20th century. -- Tolkien could paint with words, he had some talent for creating vivid scenes. Especially when we get to the wilderness of Smaug the story becomes rather fine. However, I wasn't so carried away by the book now as when I read it thirty years ago. Good to have in the shelf though.