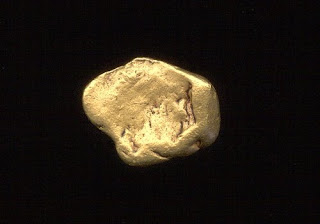 Hereby a poem by me, Svensson. It's called "The Golden Boy". First there's an introduction, then the poem proper begins.


There's a lot of talk about GOLD these days. Investors and bankers are debating the value of buying gold. Despite gold being unproductive and sterile in modern economic terms, people still want to own it and be charmed by its shiny yellow allure.

Gold is romantic, gold is for poets and dreamers. In olden days poets and soldiers (and whores they say) accepted nothing but payment in gold. Paper money would have been an insult. So hereby a tribute to that everlasting metal.

There’s gold everywhere:
gold on the street
and gold within me,
small particles of gold
pumping around
in the bloodstream.

I’m Elvis in gold lamé,
the sprinter with the golden shoes,
Salomo in Jersualem where
silver was worthless.
I’m a hockey champion with golden helmet,
I’m the Nordic Frode with the Golden Age.

I’m a golden king and a golden boy,
literally I am:
through the gold in my blood I am gold,
a walking-talking, one-man Fort Knox.