"Nietzsche" -- A Poem by Stefan George 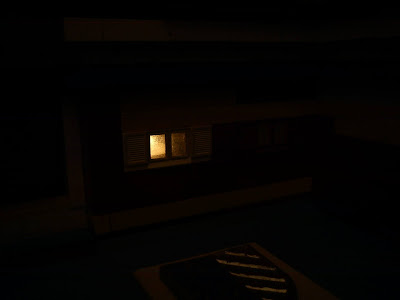 Today we give you a poem. By Stefan George.

Stefan George was a German poet who lived 1868-1933. He was a traditionally minded conservative writing free verse, kind of like Ezra Pound and T. S. Eliot.

A lot could be said about George. However, today we will just give you a sample of his poetic ability. It will be with the poem "Nietzsche," written in 1900, translated by me. It rather well captures the tragedy, the pathos, the elevation associated with this philosopher. Enjoy.

and cool winds – half autumnal messengers, half early spring...

So these walls enclosed the Thunderer – he, the only

real one among thousands of smoke and dust around him.

From here to the flat lands and the dead cities

he sent the last quiet flashes

and went from a long night to the next night.

Stupidly the crowd wanders down below: do not scare it!

That would be like stabbing a jellyfish. No, cut off the weed!

For a while, still a pious silence

from the animals that stained him with praise

while fattening in the dark,

the ones who helped to strangle him.

But you, you stand radiantly ahead of the times

Redeemer you! while being the most unfortunate,

loaded with the force of an unnamable destiny.

Have you ever seen the smile of the promised land?

Did you create gods just to enthrone them,

never a quiet moment in a happy home?

You killed the neighbor in yourself

only to desire him anew and long for him,

crying out to him in the pain of loneliness.

He came too late, the one who said to you:

there is no way over icy rocks

and aeries of horrible birds – there is but one need:

to banish oneself from the circle of love...

And if the severe and tormented voice

then sounds like a praise in the blue night

and the bright flow – so lament: it would sing.

This newborn soul should not talk!