Is Obama the Mahdi? 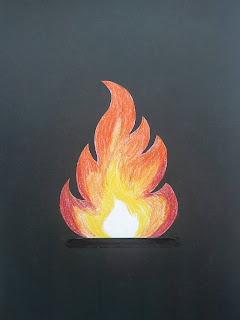 I've stumbled upon some interesting information. Where? On the net. -- Disclaimer: I'm a free man, a Swede enjoying the Swedish laws of free speach. I'm an author ("Antropolis" 2009, "Camouflage" 2011) writing about whatever I want. I'm not affiliated to any organization, whether political, cultural or religious. As for comments on this article I welcome it. However, keep a civil tone or else I will delete it.

What to make of Obama? Saint or sinner? The best or the worst? A historical president or a failure?

I dunno. At first I kind of saw his work as a repetition of the Carter administration. Then, around 2012, I read some spiritual sites. And they said that "Obama is of the light" (like Steve Beckow and Matthew).

So then, is Obama of the light? I still don't know what to make of the man. Here's a blog post in Swedish by me, trying to figure out his foreign policy at the start of his second term, in 2013.

But never mind policy as such. Now I'll discuss more mytological themes. Namely, as intimated in the headline: is Obama the Mahdi? The legendary 12th Imam?

Whatever the answer I must say that it gives you some perspective of the man.

Obama being the Mahdi is actually an old story. It's been around since 2009 or so, his first year in term.

Well then: is Obama the Mahdi? Is the US president this legendary figure, "the 12th Imam", told about in prophecies? The subject was recently brought up in journalist-and-rumour-monger, however-sometimes-enlightening Benjamin Fulford’s May 20 posting:


Increasingly embattled President Obama, for his part, is now making claims that he is the “Twelfth Mahdi,” i.e. the “ultimate savior of humankind,” they said.

Now for some background on the subject at hand: the Mahdi, the 12th imam. Wikipedia has this:


In Islamic eschatology, the Mahdi (...) is the prophesied redeemer of Islam who will rule for seven, nine or nineteen years (according to differing interpretations) before the Day of Judgment (yawm al-qiyamah / literally, the Day of Resurrection) and will rid the world of evil.

The Mahdi’s tenure will coincide with the Second Coming of Jesus Christ (Isa), who is to assist the Mahdi against the Masih ad-Dajjal (literally, the “false Messiah” or Antichrist). Jesus, who is considered the Masih (Messiah) in Islam, will descend at the point of a white arcade, east of Damascus, dressed in yellow robes with his head anointed. He will then join the Mahdi in his war against the Dajjal, where Jesus will slay Dajjal and unite mankind.

Before we continue, I'd say that this traditionally-based info sets the tone rather well. If there is a Mahdi then he will bring peace. That, at least, will be my working hypothesis on the subject.

I'm no expert on the Mahdi, Islam or anything. But what I do know is that there's no place today for fire-and-brimstone-sermons, fear-mongering and all that. The NWO cabal was thwarted in their attempts to start a full-scale war in Syria in August-September 2013. And they won't succeed in provoking Russia into attacking Ukraine. Peace will prevail. That's the zeitgeist in which this news about "the Obama-Mahdi connection" is to interpreted.

Wikipedia goes on to quote a 5th century Arab, a contemporary of Muhammad, Abu Sa'id al-Khudri. He said this about the Mahdi:


The Mahdi is of my lineage, with a high forehead and a long, thin, curved nose. He will fill the earth with fairness and justice as it was filled with oppression and injustice, and he will rule for seven years

Looks like Obama...? Hmm, I admit it's not much to go after.

So then. More input is needed. A site called Before It’s News had an entry in January 2014, elaborating on the Obama-Mahdi theme. The post in question is slightly fear-mongering. However, it gives you a link to something called PJ Media. There, in "Return of the Twelwth Imam" (Jan 5 2014) by David Solway, we hear about something called the Arak Codex #190001, an ancient document, newly found in a clay jar at an excavation site near the Arak nuclear facility. This document is known only to the mullahs of Iran and to Solway, it would seem.

This sounds a bit vague. I admit that. However, according to Solway, based on this information the 12th Imam has returned. And these are the signs of him:


He is half black, half white. He is tall and strides with a lope. He possesses dead eyes and prominent ears. His background is both obscure and exotic. He is persuasively eloquent and is adept at saying one thing while doing another. His head swivels from side to side when addressing the multitudes, as if reading from prepared texts no doubt lowered from on high and inscribed by the Lord or one of his angels. He gives the distinct impression of being a man-child. He is supremely confident and exudes a certain boyish charm many find irresistible. He is devoted to popular sports involving holes and nets as emblems of ensnaring. He bows frequently in false humility, cajoling the high and mighty of the earth, yet brooks no objection to his will when dissent is offered. He is to be found in many different places from one day to another. He is surrounded by loyal minions, many of whom appear to be imbeciles, who do his bidding without question or scruple. He occupies the seat of power.

Now that sounds more Obama-ish. -- As I said the source is rather vague. Let us keep that in mind.

The article in question, Solway's in PJ Media, was as the Before It's News piece alarmistic and anti-Obama. I don't share that view. But of course, you have to be diligent.

Solway sketches the belief in question, belief in the 12th Imam returning, as a strand of Shiite Islam. That's interesting. In another article linked on Before It's News, a post from 2012 on the blog Marions Space, Mark Langfan summarizes Obama's Mid Eastern policy over the years. It's a bit alarmist but the facts and the analysis, in its broader sense, is rather eye-opening. It seems to be that Obama as US President has been running a pro-Shiite policy all the time, like making amends with Iran (= Shiite) and slightly alienating Saudi-Arabia (Sunni).

In sync with this policy Obama seems to have let Iraq turn Shiite. And he has avoided getting into war with the Shiite Assad of Syria.

What's the meaning of this?

The US government is in the hands of the NWO cabal. And any president has to be OK:d by this cabal. I know that. But moreover I'd say that Obama has come some way towards making peace. It isn't Peace with a capital P yet, but it's a start at dismantling the Bush War regime.

You could say: at least Obama is better than having Mitt Romney as president. Romney was moore of a NWO stooge than Obama is, I'd say. With Romney winning in 2012 we would, for example, be caught in a full-scale war with Iran by now. Obama for his part may be doing things like conducting surgical type strikes with drones in MENA, but otherwise he has retreated (Iraq, US Army getting out in 2012) and avoided to start a war (Syria, August-September 2013), parallell to substantially cutting down the US Navy, Army and Air Force.

If Obama is some MENA Messiah I don't know. But the Mahdi rumours kind of fits in with his, shall we say, grey area nature.

As we saw in Wikipedia the 12th Imam, if he exists, will join forces with the returning Christ. The Youtube, 51 part film ”Arrivals”, made by some progressive Muslims, talks about the Mahdi in these terms. Moreover it gives the narrative a contemporary, cultural twist, applying the "Lord of the Rings" (2001-2003) movie mythology to it all. In that case Sauron is the Antichrist, Gandalf is the Mahdi and Aragorn is Jesus...!

Now as for details I for one don't think Jesus will return in the flesh. "The return of Christ" for its part is a spiritual experience, having men accepting the I Am-impulse in their souls. But maybe Christ can return in etheric body form. That's been seen before.

I'm no Muslim but as for the "Arrivals" approach, applying Tolkien's epic to modern times, I think there's some substance to it. Kinda grand and swashbuckling. But I don't know. It's an intepretation. Like the Obama-Mahdi connection itself.

Lastly, about the Mahdi it's said that he will appear in an even, not an odd year. How about 2014 as the year of the Mahdi appearance then...?

Who knows? As you can see I leave the answer open. But I'd say that there's something afoot. These years aren't ordinary in any sense of the word: like the subtle 2012 event, elevating Mother Earth and ourselves spiritually, the twarthed NWO attempts to start WWIII and the ongoing liberation of the Westworld against the hold of the Cabal.

As you see we live in interesting times... that, at least, I can tell you for sure.