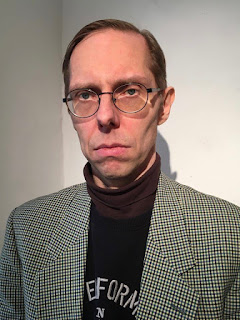 This is a biographical survey of Lennart Svensson, the author of Ernst Jünger -- A Portrait, Science Fiction Seen from the Right and Borderline -- A Traditionalist Outlook for Modern Man. -- This entry first has a bio, then a bibliograhy with links to Svensson's books, then some notes on "the way ahead" and, lastly, a gallery.

In Swedish Svensson published some fiction in book form before switching to writing in English. On the Australian imprint Manticore Books he published Ernst Jünger -- A Portrait in 2014 and Richard Wagner -- A Portrait in 2015. In 2015 he also published the essay Borderline -- A Traditionalist Outlook for Modern Man on Numen Books. (Numen and Manticore just got merged into Hadean Books. In this link you'll find blogposts etc. by me on the Hadean site.)

. Ernst Jünger -- A Portrait, 2014. ("A biography of the very highest calibre", Living Traditions Magazine).
. Richard Wagner -- A Portrait, 2015.
. Borderline -- A Traditionalist Outlook for Modern Man, 2015. ("Spanning from Plato to Castaneda, Svensson manages to not only capture the essential spark and esoteric meaning of conjectures regarding ontology—the nature of being—but he also manages to recast these conjectures in a new light", Juleigh Howard-Hobson in Heathen Harvest.)
. Science Fiction Seen from the Right, 2016. ("a book which not just looks at literature “from the Right” but raises questions about what, ultimately, is the Right itself", James O'Meara in Counter-Currents.)
. Redeeming Lucifer, 2017. (By the publisher the novel is described thus: "This is a classic, exciting adventure story for all ages of the battle between Light and Dark, told with unique imagination and acute historical detail." -- Amazon.co.uk review: "[A] very exciting story with acutely observed, flawed characters, brilliantly described battle scenes, and a very satisfying ending!")

With the saying, "I AM," an individual affirms his divine nature. This is the centerpiece of Svensson's thought. Read about it in Borderline. 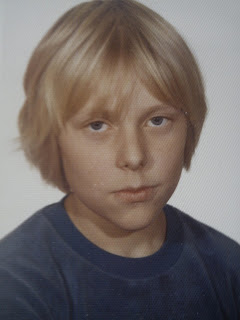 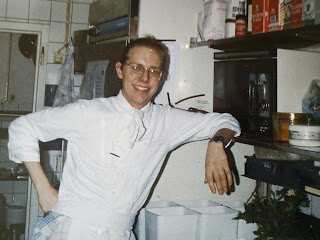 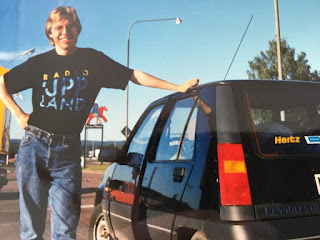 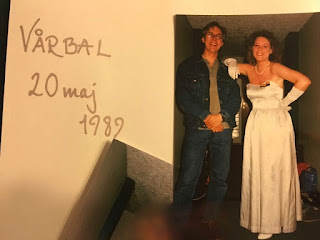 with girlfriend in Uppsala 1989 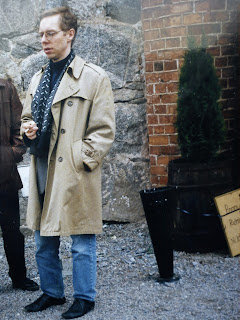 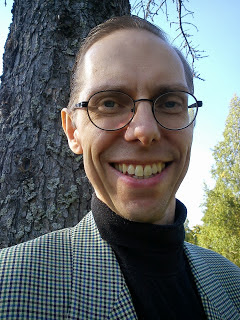 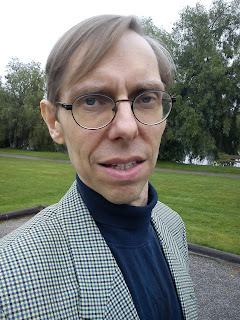 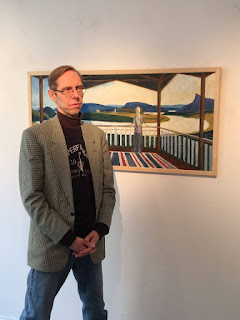 Sundsvall 2017, in front of a painting by his brother Robert Svensson