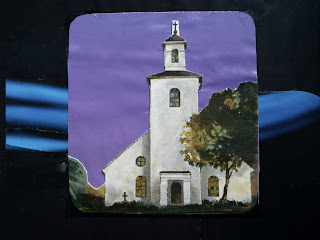 Propaganda war, media war, astral war... I've spoken about this before. Now for some additional deliberations on the subject.


This is the astral war, the magic war, the spirit war – the invisible war, the secret war – the frequency war, the energy war, the holy war, the total war. Your soul is the battlefield. Anyone endowed with a soul is drawn in, no one is neutral in this virtual war, a war going on from the dawn of time, now and forever – as long as there will be light and dark, God and Demiurge, Devas and Asuras, men and women.


If we look on idly, heaven and earth will never be joined. To join heaven and earth, some decisive deed of purity is necessary. To accomplish so resolute an action, you have to stake your life, giving no thought to personal gain or loss. You have to turn into a dragon and stir up a whirlwind, tear the dark, brooding clouds asunder and soar up into the azure-blue sky.

And, from the same book: “Perfect purity is possible if you turn your life into a line of poetry, written with a splash of blood.”

That’s the astral war: conceptualizing your whole life into art.

The astral war is an invisible war, a war for your soul: your soul is the battlefield. And since “the soul is everything” – idam sarvam, yad ayam âtmâ – it is also a total war.

This is the astral war equation. No one is neutral, everyone is taking part in it, whether he knows it or not. The only choice is between being a victim or a victor.

The astral war is a total war. Therefore, it must end with unconditional surrender for the losing side. So, you must have no illusions of “communication across the frontlines,” of virtual “football games in no man’s land at Christmas” – for the trenches are dug deep. Instead, prepare for virtual Vernichtungsschlacht.

You mustn’t take this as a carte blanche to become a mindless titan, a laughing demon, a scoundrel. Maintain your humanity. But in all other respects, prepare for psychic war. A long, total one.

An astral war guru could say: turn away from materialism and start building Antropolis [link in Swedish], the first human civilization, dedicated to art, science and spirituality.

In the propaganda war raging 24/7, the personal goal is to be “a great general in dreamland,” not a soldier in the trenches.

Of course, trench-fighting is operationally needed for victory – but – take a look at yourself when you're out on the net. Are you always “fighting the troll” or are you taking care of your own soul, operating in a way you like...?

“A good tactic is one that your people enjoy” as it reads in Rules for Radicals.

The personal reconquista (q.v. Philippe Vardon) demands that you publicly make a stand, if only on social media. You have to make a debating debut. In fighting for freedom, you can’t go on being a conceptual virgin, forever sitting on the fence giving each one his due. You must fight the metapolitical fight. And be prepared for bruises.

“The inferior man argues about his rights, while the superior man imposes duties on himself.” – Wagner Clemente Soto

I declare you the spiritual superman. Materialist man is something to be overcome.

“The future is what is created through the will; only the one who wills has a future.” – Otto Weininger

Actionism: to Be a Spiritual Superman
The Astral War
Richard Wagner -- A Portrait