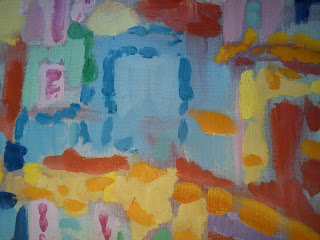 Hereby some reading tips. Mostly classics. -- An earlier entry with the same character, short reading tips, is this one.


Dante Aligheri, Divina Commedia (1320). -- Dante on a guided tour through Hell, noting with satisfaction how an old enemy of his is tormented. OK. But there is more. A lot more.

John Tolkien, Lord of the Rings Trilogy (1950s). -- Of course the Tolkien magnum opus has some power and beauty. And it may have a function as a "gateway drug to Traditionalism". But -- overall, as a mere reading pastime, maybe I can do without Tolkien nowadays. -- The basic feeling of LOTR the book seems to be realism. The style can blossom at times (Lothlorien, Tom Bombadill's house) but in the decisive moments, when trying to describe the "ultimate evil" they are fighting, Tolkien retreats into silence, his characters saying "I won't speak of this" or "too horrible to mention". This can be allowed in a children's book but not in serious adult fiction. -- Against this, I would like to hold forth H. P. Lovecraft. He at least tries to capture "the dark," if only with some impressionist paint brushes. Lovecraft has will to style, German Stilwille. Conversely, Tolkien merely has a will to note the exact location of a place in relation to THE MAP, the ever-present corollary of his opus. -- Lovecraft's universe had no definite form, it came afterwards with the efforts of August Derleth and others. Tolkien's universe on the other hand seems to have been construed with the background first, including maps. -- Lovecraft relies on his style, Tolkien relies on his map.

E. R. Burroughs, A Princess of Mars (1910). -- A science fantasy rigorist lesson: to speak the truth, to shoot and to ride a thoat.

Lovecraft, H. P. -- shorts by HPL that I recently have read and enjoyed, the style rewarding me in full measure, are The Outsider, The White Ship and Poetry and the Gods. The latter is an early tale of poetry being the conveyor of eternal truth. Keats's wisdom "beauty is truth, truth is beauty" is quoted in it. This is aestheticism as ethics. This is Plotinus and thus, the Perennial Tradition that even Actionism is a part of.

Voltaire, History of Charles XII (1731). -- Reads like an exciting, studied novel. Unreliable in some details; Voltaire is lead astray by his eloquent style, often going for a cocksure summation to compensate for lacking knowledge. So, what he says of the Swedish climate, of the battle of Narva etc. we can discard. However, on the whole this book is rather convincing as a portrait of a great man. Also, for the serious student, it can be said that Voltaire actually had spoken to some of the participants of the drama, like the Polish king Leszczinsky. Thus, Votaire's book becomes a curious mixture of lies, half-truths, valid and invalid interpretations and solid fact, not found anywhere else.

Gordon R. Dickson, Tactics of Mistake (1971). -- A military commander winning battles with minimum loss, because he's so smart. Vaguely irritating as such but on the whole also conveying a lot of wisdom.