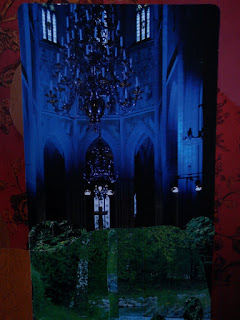 Welcome to this blog post. The title of it is, "Inspiration -- Initiation -- Inebriation".

I am a spiritualist, a mystic and an adept.

I stand for “inspiration, initiation, inebriation”. I stand for mindful, perennial tradition against the forces of materialism ruling the world.

In the materialist miasma abounding today, I weaponize my “I AM”. I sum up my will-thought and passion to fight the ever-ongoing spirit war, propaganda war, energy war, astral war. The astral war war is an immaterial war, a spectral war, a holy war.

I am an astral warrior, a spirit warrior – total man, absolute man, acknowledging the whole against reductive nonsense, the big picture against fragmentation. I stand for gods and devas, heroes and heroines, myth and legend, freedom of speech, freedom of expression, artistic freedom.

I am an astral warrior. I am the astral war. I have fought it for as long as I can remember.

And this I know: you can’t win this war if you haven’t got a will to win.

You can’t win this war if you haven’t got a vision of victory.

You can’t win the astral war if you don’t acknowledge your own spiritual being.

And that acknowledgement, that affirmation, do I need to spell it out again, is – I AM.

I AM the unstoppable fire.

I AM the Martian Messiah and the Pleiadean Preacher, the thunder of the tundra, the pilgrim of the palearctic zone and beyond.

I want to be this preacher and teacher, I want to be at this specific moment of history. I affirm my being, my inner light.

I AM the last court of appeal of esoteric ontology.

I AM the last prophet of the I AM. After me, all mindful people will sooner or later have acknowledged their I AM. And then Sat Yuga will be realized. A new golden age for man will dawn.

The first prophet of the I AM was Manu. Q.v. Mânava-dharma-shâstra.

The second prophet of the I AM was Jesus Christ. Q.v. The Gospel of John.

The third prophet of the I AM was Rudolf Steiner. Q.v. Das Johannesevangelium (1910).

After my work is done the golden age will be here, enabling a traditional society where the strong are just, the weak secure and the peace preserved.

The law will be upheld by a judiciary, a police force and a military free from co-opting by mindless forces.

Media will stop brainwashing people and instead strive for the truth.

The academia will teach the truth and not be a venue of dualistic regimentation.

Hospitals and pharmaceutical ventures will cure people, not poison them.

After due cleaning-out of the current chaos harassing Earth, mankind will face a new dawn, a new renaissance, a Sat Yuga of truth to replace the Kâlî Yuga of death still lingering. The formal epochal break came in the autumn of 2011; then, mankind reached a new level in its development, according to C. J. Calleman and others. Now, it’s left for every individual to realize the shift within.

That's just the way it is.