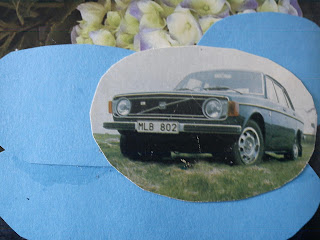 "Flash fiction" -- I like the sound of the word. It means ultra short pieces of fiction, condensed works doing its business in less than 1000 words. In the magazines and e-zines of today it's rather popular. And here's my latest take in this format.


Buster Bedell was a lethargic man, mostly lying at home chilling out. One day however he was visited by his friend, the enthusiast Ivo Livi. Livi stormed into his apartment saying:

Somewhat in two minds Bedell followed his friend out. And they went down town where Livi started to lecture him, showing him details of the surroundings, on houses, in the garments of people and in car design.

The lethargic Bedell started to think it was interesting, having expected a sermon but instead being given tidbits about everything under the sun. He was shown living ideograms, you could say, hieroglyphs, forms that spoke to the imagination. Details. Eventually Bedell said:

”This was all very interesting, but what has it to do with God? You said you were going to show me God.”

”But this concerns God,” Livi said, ”exceedingly so – since God lives in the details...!”

The End. I can add that this story first appeared in Swedish in my collection "Eld och rörelse" in 2007. Here's information about it in Swedish.