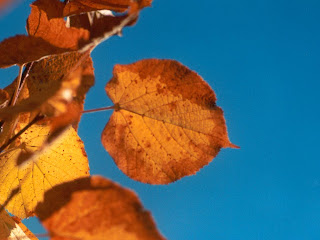 Essentially, we live in a peaceful world. There is no longer the threat of all-out war, whatever MSM says. Mankind is on the eve of a new era. Hereby a poem that catches the gist of this.


It was an early morning in September, 2010. I was out on a bike ride in my beautiful town, Härnösand.

It was fairly warm. The air was moist, the effect of a rain the night before. "The wild and windy night / that the rain washed away / has left a pool of tears / crying for the day"... as Macca had it in "The Long and Winding Road".

The sun had risen, but from my point of view it was concealed behind a mountain on my right.

On my right a brook ran, carrying rather a lot of water; it had been raining as I said. I was in an area of detached houses, a villa region in the near-city zone, and to have an open brook running through the scenery was a quaint eyecatcher: they hadn't led it through ducts and covered it with soil. No, freshly running water, murmuring in the early morning sun...!

In front of me was an old regimental barrack, a yellow "kasern" as we say in Sweden, presiding on a small shelf in the hillside, surrounded by emerald green lawns and flanked by maples, the building resplendent like a castle with the front catching the sun rays. And in my mind I transformed it into a watering place, a place to quench your spiritual thirst. And along with some other reflections on the times, it all evolved into this poem. Note the Macca-reference in line #1...! By the way, the rest of the lines are also made up of quotes/titles. I won't tell you which ones though. Not today.

Now for the poem:

I'm in love with her and I feel fine
living in this Midsummer Century
praying at the Watering Place of Good Peace
under the New Improved Sun.

I could comment a lot on this. Now I only say: since after November 11, 2011, earth lives on a higher, spiritual level, for example resulting in the impossibility in an all-out war, such as "total Middle Eastern War" or "war between Nato and Russia over Ukraine".

It just won't happen. And I sensed it, vaguely, already in 2010, writing this poem.