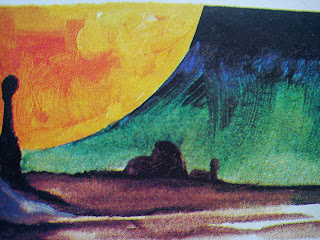 Hereby some info on a short story of mine, published in an anthology.


In 2010 I had a story published in the English magazine Morpheus Tales. The story was called "The Middle Zone". Now they've collected it with some others into an anthology, available as an e-book. My personal copy was in pdf form. Other formats offered are Kindle, epub and rtf. At 4 USD you get a 157 page pdf. You can buy it here.

The title of the book is: ”Morpheus Tales: The Best Weird Fiction, Volume 3” (Smashwords 2013). Editor is Adam Bradley of Morpheus Tales. Other contributors except for me are Eric S. Brown (a zombie author known for works such as "World War of the Dead" 2009 and "How the West Went to Hell" 2010), Thomas Henry Dylan (contributing to "Chimeraworld 6" 2009) and many more.

On the smashwords site the book is described thus:

And that's about it. My story, "The Middle Zone", began its life as one of the entries in my Swedish short story collection, the famed "Eld och rörelse" of 2007. Then the title of the work was "Nattsidan, dagsidan och mellanzonen".